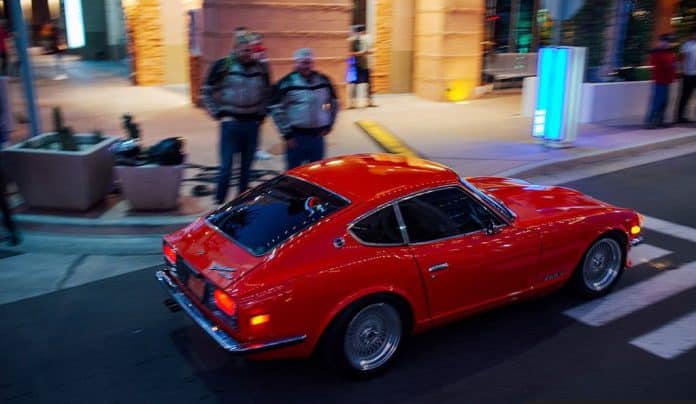 None of us can predict the future — who knew that people could be convinced that rocks could be had as pets, right? We also can’t predict which automobiles will be the hot ones. If you want to take a gander and judge for yourself what the future of the hobby may look like — or maybe you yourself have built the leading edge of late-model enthusiast vehicles — then the Future Collector Car Show (FCCS) at Barrett-Jackson should be on your calendar. The progenitor of The World’s Greatest Collector Car Auctions has announced today that FCCS will be a part of the company’s flagship Scottsdale Auction at WestWorld of Scottsdale for the first time.

FCCS will be one event among nine days of exciting action that Barrett-Jackson will bring to collector car enthusiasts this January 21-29, 2023. The family-friendly, concours-style event will take place on January 22nd on the Polo Field at WestWorld and will feature vehicles that best represent the future of the collector car hobby. It will be a celebration of the cars we love today and the future collectibles of tomorrow.

“Barrett-Jackson has long been a pioneer in the industry, championing its growth by creating family-friendly events for multiple generations to come together and enjoy this hobby with one another,” says the chairman and CEO of Barrett-Jackson, Craig Jackson. “We are excited to bring the Future Collector Car Show to our iconic Scottsdale Auction and continue to engage the next generation of enthusiasts for years to come.”

Spectators at FCCS will enjoy a variety of vehicles reflecting the diversity of the hobby, ranging from highly modified custom builds to original and perfectly preserved rides, and everything in-between. This effectively creates an experience where generations of vehicle owners can find common ground in their love of future collectibles.

FCCS concours-level judges will be looking for quality vehicles, highly modified enthusiast builds, rare or low-production number cars, and unique or uncommon vehicles. The FCCS team will go through every submitted application to hand-pick the top cars for each show category. The target year range for vehicles is 1980 to the present, though there will be exceptions for vehicles that have seen recent increases in collectability and what-not. Every vehicle entered in the FCCS show will qualify for the coveted Best of Show trophy, with other award categories that include a People’s Choice award selected by spectators on-site. The entire selection of awards will include:

“At Barrett-Jackson, we continue to elevate the auction experience throughout all of our annual events,” says Steve Davis, president of Barrett-Jackson. “I’m particularly excited about bringing FCCS on board as part of our Scottsdale Auction because it further exemplifies our commitment and dedication to the collector car hobby, while ensuring its growth and popularity amongst the next generation of automotive enthusiasts.”

FCCS at Barrett-Jackson will also continue to blend automotive culture and the world of fashion with an immersive and competitive fashion show produced by Luxe & City, with the winning stylist garnering glory and a cash prize. FCCS will also include exhibitor displays, VIP offerings and more.

There will be hundreds of future collector cars taking part at FCCS. If you think your vehicle has what it takes to participate (if not vie for honors), then you must submit an application by December 12, 2022.

Best of all, admission to FCCS will provide access to the entire Barrett-Jackson event on Sunday, January 22, including auction cars on display, Exhibitor Marketplace, sponsor displays, and the Barrett-Jackson Performance Track featuring Hot Laps and Thrill Rides. Visit FCCS.Barrett-Jackson.com for additional information on how to enter your vehicle, award categories, tickets and more.