1400 horsepower and no apologies 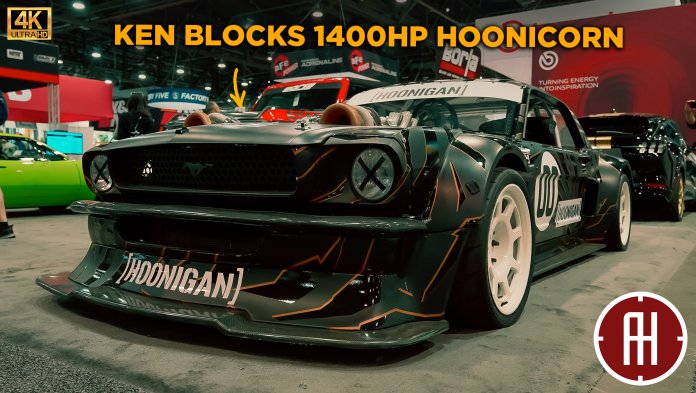 In the annals of automotive videos, few people have carved a niche as great as Ken Block. Starting in 2010, Ken produced three Gymkhana 3 videos with his Ford Fiesta, which brought him world-wide fame beyond his Subaru exploits on “Top Gear.” Ken’s prowess became a “thing” on social media, a trademark of sorts and a demonstration of what could be done with driver skill and monster horsepower.

But for those of you not in-the-know, Ken has been a professional rally driver since 2005 and is currently a member/co-owner of the Hoonigan Racing Division. While not one of the official Hoonigan competition cars, this 1965 Mustang “Hoonicorn” V2 was on display at SEMA 2022 showing off the updates to its 845-horsepower Roush Yates 410ci, such as a pair of Garrett GTX3584RS turbochargers and a nifty Borla Exhaust system. Power output is now an astounding 1400 horses and 1,250 lb-ft of torque, which is directed through a Sadev SC90-24 6-speed rally transmission.