An El Camino by any other name 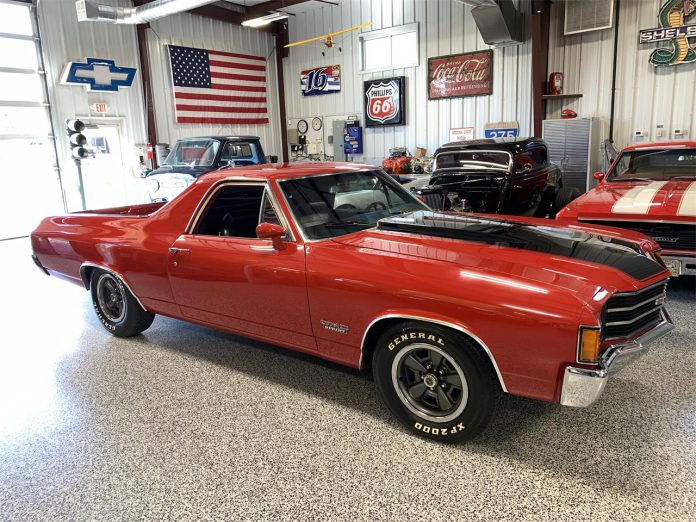 If you could debate on what is the most obscure American vehicle of the 1960-70s, what would you suggest? Sure, there may be a Monza Mirage here or a Magnum GT there, but let’s get away from optional packages and think about the whole package — anything come to mind? The ClassicCars.com Journal respectfully submits the GMC Sprint. For that reason, this 1972 Sprint for sale on ClassicCars.com is our The Pick of the Day. It is listed by a dealer in Fairfield, Ohio. (Click the link to view the listing)

The GMC Sprint is not particularly noteworthy other than it’s a badge-engineered Chevrolet El Camino offered from 1971-77. Aside of the GMC and Sprint emblems, it’s pretty much identical to the El Camino. Also identical were the trim levels: standard and Custom. Even the options available for the Sprint appear to be identical to the El Camino’s. What’s even more amazing is that the Sprint had a Super Sport variant called SP, a handle that isn’t spelled out in GMC literature but the parts book identifies it as a “Special Performance” package. Like the SS, the SP required at least a 350 and included a domed hood and special heavy-duty components, but there was no SP badges in 1971; for 1972, SP decals appeared on the rear quarter. SS options like hood stripes, Cowl Induction and engines up to the LS5 454 were available on for the SP, with all V8s being called “Invader.”

This 1972 GMC Sprint may not be an SP, but it has all the candy to seem like it is, including the domed hood and custom stripes. “This vehicle was restored to a high standard it has an excellent body, the paint is show quality, the interior is excellent, and it starts, runs, drives, and stops like it should,” states the seller. “This truck is super straight has excellent body lines, the doors close easily and solidly. The bed of the truck is as nice as you will find, it is like new.” Engine is a 350 four-barrel with “small cam,” headers and dual exhausts, with shifting handled by a TH350 automatic. Out back, a 10-bolt rear houses 2.73 gears, though no word if Positraction maintains the friction of both tires. Seller adds that “the odometer on this vehicle reads 95,954 miles at the time of this listing, [and] the title reads actual miles.”

If you lean towards the Chevy side and are looking for something interesting, crossing a dimension to the GMC side may not be a bad move. For a $37,900 asking price, you can haul the goods and keep people guessing because it isn’t a Bow Tie that you’d be hauling.

My Classic Car: Passing down the legacy