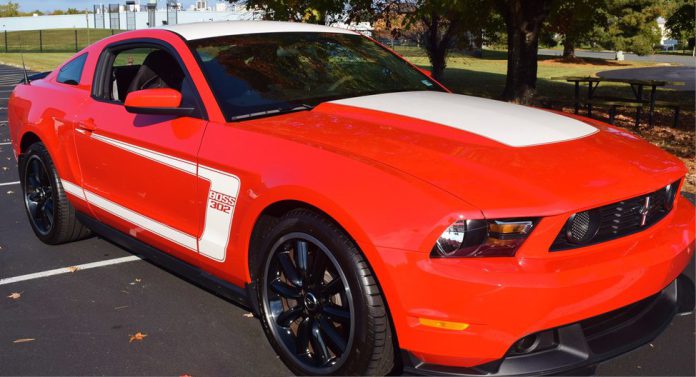 Last week I mentioned “Friday On My Mind” by the Easybeats. For today’s Friday Picks, I will mention “Here Comes the Weekend” by Dave Edmunds. As you relax and enjoy what’s in store for the next two days, check out these hand-picked AutoHunter vehicles just for you.

2012 Ford Mustang Boss 302
It’s hard to believe that it’s been 10 years since people were scrambling to pick one of these up, with a select few folks scoring the Laguna Seca version. The buff books were full of superlatives, giving kudos to Ford engineers who were able to bring Bimmer handling chops to an aging platform. The uptick in horsepower also impressed a few, with Car and Driver magazine stating that the Boss 302 had “one of the most endearing V-8s on the planet.”

Finding accurate production figures on this special mode is difficult because various sources show different numbers, but I believe Ford built 3,249 Boss 302 Mustangs for 2012, give or take, plus another 767 Laguna Seca variants. Of the 3,249, only 721 were Race Red. With under 3,200 miles, this one is for someone who can afford a garage queen.

1955 Chrysler C-300
When this car came out, no one could touch it — Cadillac offered up to 270 horsepower, and Packard exceeded that by five, but no one else was even close. Special kudos goes to Chrysler’s hemispherical head design on top of a 331ci V8, which started at 180 horses in 1951 and increased to 250 by 1955. However, Chrysler engineers went above and beyond to present a hot 300-horsepower homologation special and created a new model just for the occasion.

This home for this engine was the 1955 C-300, which was the first of the fabled “letter-series” Chryslers that peaked at 400 horsepower in 1960, though that was with the 413 “Wedge.” While not the most powerful or the one with the tallest fins of the bunch, the 1955 C-300 will always have a special place in the hearts of collectors.

1974 Chevrolet Nova
These used to be everywhere. Maybe you had one in high school puttering around on a Friday evening, or it was your mode of transportation to your first job? Yet now you’d be hard-pressed to find one in every side street, if not one in this condition.

The color is fine, as is the contrasting interior. Propulsion comes from a 250 six — no Leaning Tower of Power like on a Valiant, but nonetheless a hardy engine that would make this big-bumpered Nova a fine antique to drive into the ground if that’s your persuasion. Me? Yeah, I’d do that. I have enough haters already so get in line …

1965 Pontiac Bonneville
I’m the announcer of the Pure Stock Muscle Car Drag Race, so I get my fill of muscle on a yearly basis. One year, Ken Riebel brought a 1966 Bonneville coupe with an honest-to-goodness Tri-Power 421 HO and a four-speed. It’s not unusual to find a 2+2 with that combination, but the Bonneville was on a completely different level thanks to its longer wheelbase and extended trunk.

So, when I discovered this 1965 Bonneville convertible featured the “regular” 421 Tri-Power, I had no choice but to fall in love. Sure, it may use an automatic to shift gears and it lacks 20 horses compared to the HO, but it’s still a chariot in a way that few could offer in 1965. It’s also much rarer than the seller thinks, as the 876 automatics built were for all full-size Pontiacs, and I bet more of those ended up in the 2+2 and Grand Prix than anything else.