An Australian El Camino in America 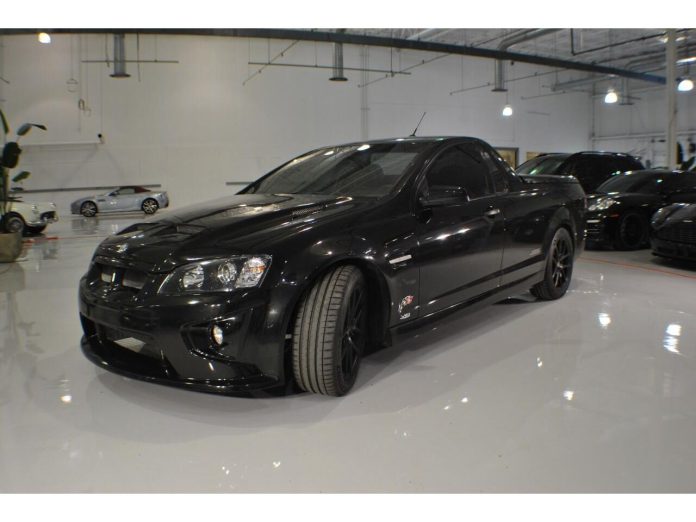 I miss the El Camino and it’s been long gone since its production ended in 1987. Thirty-five later and I am still waiting for Chevy to bring it back. I don’t know if there is a market for an El Cam, but the selfish part of me would like the option to hit up my local dealership and buy a new one.

But I have alternatives for my El Camino cravings…

The Pick of the Day is a 2012 Holden Commodore Ute SS listed for sale on ClassicCars.com by a dealer in Charlotte, North Carolina. (Click the link to view the listing)

“This SPORT UTILITY TRUCK is based on the Commodore SS specification,” the listing states. “This Holden was Federalized via a complete Chevy Caprice PPV drivetrain and suspension with Corvette brakes.”

The Holden Ute, produced by the Australian General Motors subsidiary, was produced from 2000-2017 and is a modern El Camino in every which way. It’s considered a two-door coupe utility and has a similar front end style to the Pontiac GTO or Chevy SS. Both the GTO and SS were based on Holden vehicles and the styling is very GM.

This left-hand drive Ute is powered by a 6.0-liter V8 engine that the listing advises produces 315bhp. The engine is paired with a column-shifted automatic transmission that sends the power to the rear wheels. It has a black exterior over a black interior with bucket seats.

The Ute is listed for $76,930, which is well beyond my El Camino budget. But if Powerball favors me then I will have a modern El Cam in the driveway. Until then I will window shop on ClassicCars.com with dreams of El Caminos dancing through my head.

David P. Castro
The Santa Rosa, California native is an experienced automotive and motorsports writer with a passion for American muscle cars. He is a credentialed automotive, NASCAR, and IndyCar reporter that graduated from the University of Nevada-Reno. A devoted F1 and NASCAR fan, he currently resides in Phoenix, Arizona with his wife, son, Siberian Husky, Mini Cooper, and 1977 Chevrolet C10.

My Classic Car: Passing down the legacy