Bookshelf: Shadow: The Magnificent Machines of a Man of Mystery

A legendary author finally reveals the mystery of the “Shadowman” 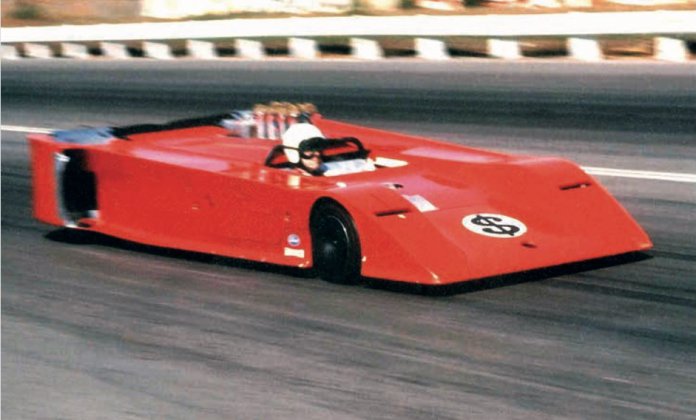 Don Nichols was one of motor racing’s most colorful and mysterious characters. Opinions vary. But everyone knew the Shadow. As Pete Lyons writes in his prologue, “Talking of him now that he’s gone, one tends to find that people’s opinions are bipolar; some feel admiration, even affection, while others think darkly of him.

“Expressions this author has heard ranged from “I love the man” to, literally, “I wouldn’t piss on Don Nichols if he was on fire!”

Anyone who has wanted insight into the “Shadowman,” who was a constructor in Can-Am, Formula One and Formula 5000 – employing amongst the most legendary designers including Trevor Harris, Peter Bryant and Tony Southgate – Shadow: the Magnificent Machines of a Man of Mystery: Can-Am – Formula 1 – F5000 is about as complete as anyone has attempted at the story.

Author Pete Lyons himself is amongst the most accomplished writer/photographer/authors in the motorsports world. He has covered everything on four wheels for longer than five decades. He and his wife Lorna spent, in total some eight long days with Nichols in his Salinas, California shop – a nondescript dirt-floored warehouse that held treasures of the Shadowman’s career.

Having known Nichols in his later years, I am very impressed with how much Lyons was able to extract from the 88-year-old’s mind in 2013. My last visit with the Shadowman at his shop was in December of 2016, with my friend Gene Lentz, where we too got to look through many of his artifacts, inventions and files. We also got to see the transition of the artifacts to the shop of Dennis Muir, who restores the famed cars. But at that point his ability to relate memories was labored at best – but he still went to the shop every day. He passed in August of 2017.

Lyons spans Nichols’ life in supreme detail from the time he was orphaned by a tornado (literally) at age two-and-a-half; to his illustrious military career; to business in Japan, which included the planning and construction of the Mount Fuji Race Circuit to Advanced Vehicle Design – which turned out some of the most interesting race cars – called Shadows from 1969 to 1981; to his later years and entrepreneurial ventures.

Then there are the race cars themselves. Each car is covered in detail and race by race results are described. The book is such a complete resource for the collector, fan or casual observer. The sidebar stories about the personalities, including the drivers, engineers, designers and archivists are equally fascinating, giving perspective further into the bigger picture that is Shadow.

To say I devoured this amazing book with gusto is an understatement. Lyons’ enlightening but colorful words that have graced six prior historical accounts in motorsport, including the original book on Can-Am from the late-1980s, and complete illustrations and photos will make it very hard to put down once you crack the cover. I was not disappointed. With the best authors, you come to expect a certain quality – Lyons delivers.

The 50th Anniversary celebration/reunion of Shadow took place last weekend at Road America. Due to the world-wide pandemic, many of the great cars, and personnel did not make it. However, this book might be just what the doctor ordered.