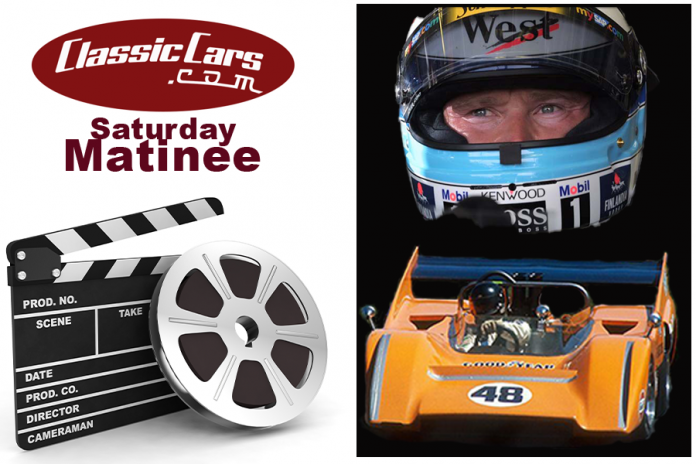 Mika Hakkinen, with his two Formula One Driver’s World Championships is undoubtedly a key personality in the long storied legacy at McLaren. His Championships were now 20 years ago, but he is still an ambassador for the legendary Milton Keynes race and road car builder.

At the Rolex Reunion at Laguna Seca in 2019, during the famed Monterey Car Week, Hakkinen was given the opportunity to showcase his championship-winning skills in a car that was part of the championship-winning team when he was a mere two-year-old in Finland — the McLaren M8D/3. McLaren CEO and Formula One team principal, Zac Brown was also on hand racing one of his own vintage racing cars (an Audi Quattro IMSA car), but got a chance to drive the M8D the day prior.

By 1970, McLaren had dominated the monstrous Can-Am series. So much so that the alternate name for the series was “The Bruce and Denny Show” as both bruce McLaren and Denny Hulme seemingly systematically alternated race wins and championships between 1967 and 1969. It was pure Kiwi superiority.

The continued dominance was expected in the 1970 season as the M8D would be once again the most powerful and best engineered car on the grid. A confident Bruce McLaren himself was testing the car at the UK’s Goodwood Circuit when the unimaginable happened: hurling down the Lavant Straight just before Woodcote corner, the rear bodywork flew off the car, immediately turning the competitive race car into an uncontrollable missile. The resulting crash killed McLaren instantly.

The car in Hakkinen’s hands was raced in the 1970 season by Dan Gurney, who took the seat vacated by Bruce McLaren. Denny Hulme would win the championship that year for the second time, and the McLaren team would prevail once again in 1971 with Peter Revson in the highly-developed M8F.

Produced by Checkered Flag Films, the photography and content are always very well done. The filmmaker has done a number of videos featuring legends driving legendary cars and are always worth the view.

This is a fun ride.