Speed junkie? Get your fill at your local K1 Speed

From the three-second deficit, I knew I was going to reel him in. I was braking later, on the edge of out of control, and catching him quickly. He glanced backward. I knew I was in his head.

Perspiration filled my headsock tightly sealed beneath my RaceQuip helmet. My breathing had increased, my heart rate was up and my focus was keen.

The next time around, on the final corner before the line, I had him handily with a clean pass on the inside. I out-braked him late, got back hard on the loud pedal, exited the corner and rocketed past to the race lead. 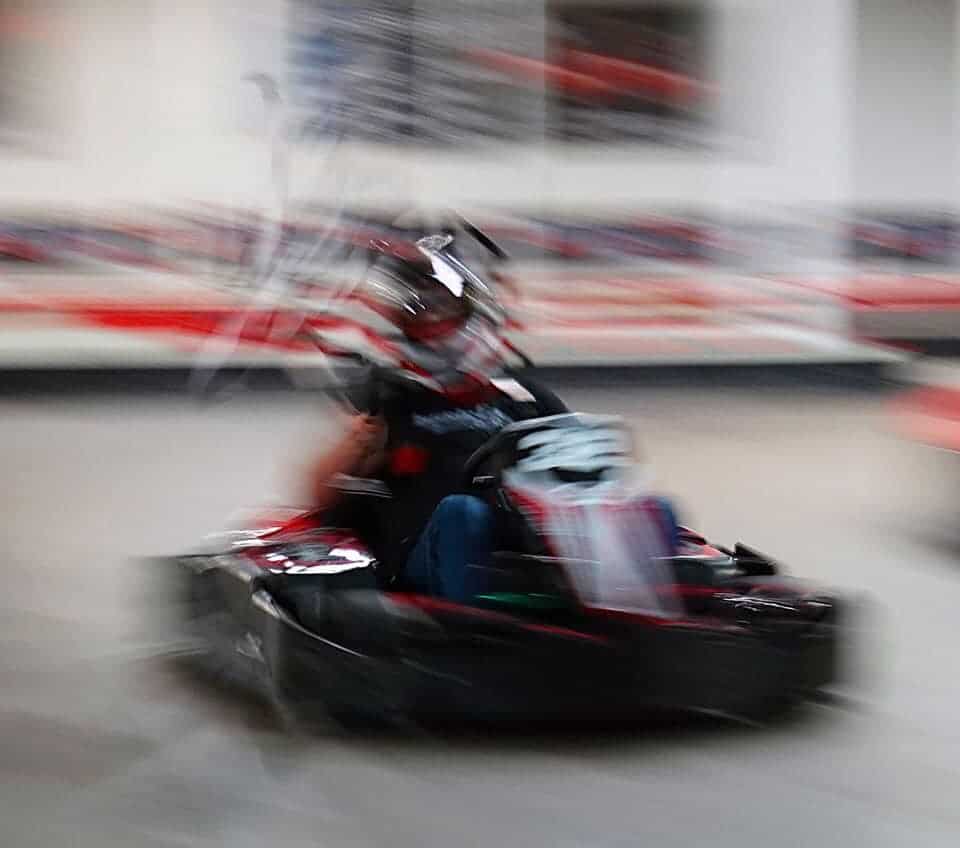 From there and the following laps, I would open a five-second gap that I took all the way to the checker.

Realizing my distance advantage, my head logically told me “chill man, go slow enough to win.” The red mist under the visor screamed “NAAH!” I pushed harder. Minutes later I would do a victory lap with the flag and then leap to the top step of the podium — accepting the golden trophy for my Phoenix Automotive Press Association championship!

A brilliant day for this speed-junkie. Practicing racecraft. Thinking through strategy – all in a rather quick electric go-kart! 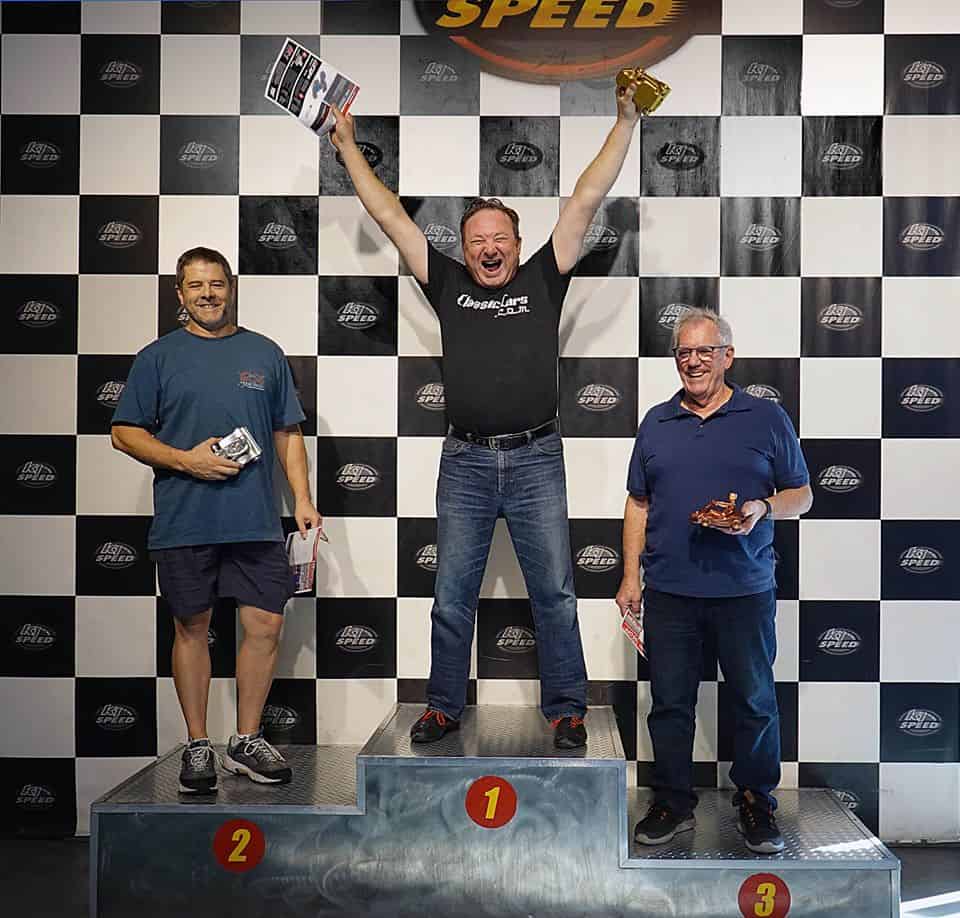 The Phoenix Automotive Press Association met at K1 Speed in Phoenix right before Christmas, and yours truly brought the trophy back to ClassicCars.com. Great way to spend my fifth day on the job, right?

Needless to say, racing against a bunch of automotive journalists and PR people could make for pretty steep competition. After all, we all are professional “spirited” drivers. As a racing-licensed editor, I had the “red mist” before even donning the helmet. 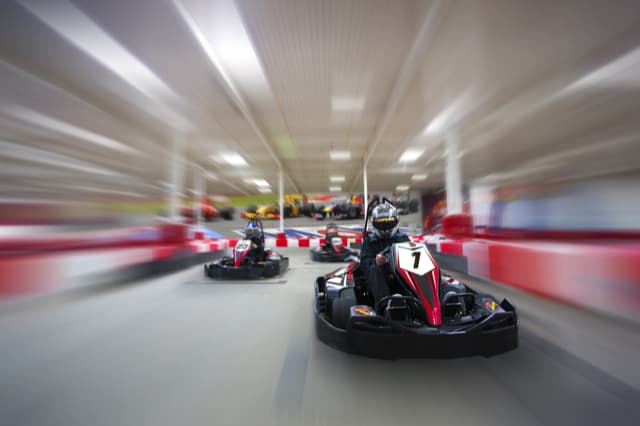 There always seemed to be a tall ladder to climb to get into racing, but in the 21st Century, motorsports has become more participatory. There are many options for the layman to quench a thirst for speed these days.

Karting is a great way to go racing. There are many weekend warriors who race 100-plus mph, 6-speed, shifter karts, and karting, for almost all of the big stars of the last several decades, was the starting point to brilliant careers – usually at a very young age.

Indoor karting has been around for many years. From the outset, the concept looks simple. Take a 40,000-square-foot warehouse, put down barriers, and roll in a bunch of karts and voila! What? Asphyxiation? Original indoor karting facilities had to have really good air circulation, and some ran karts powered with propane or kerosene. Electric, ultimately, seemed a good way to go. 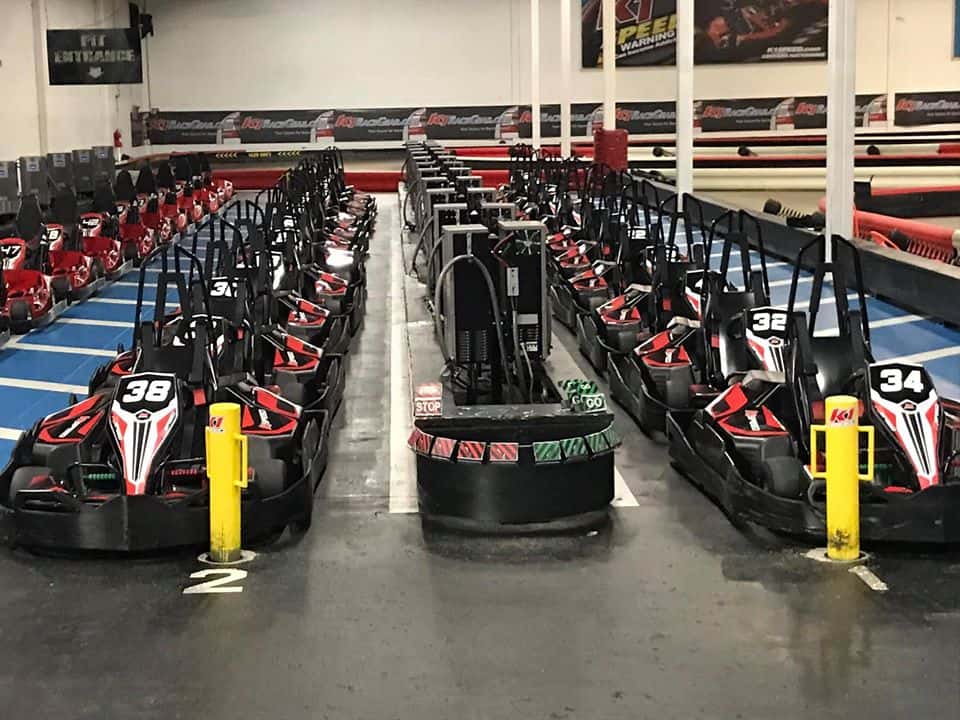 K1 Speed, with nearly 50 locations around the world, with a lion’s share here in the US, has essentially perfected the indoor karting concept – even buying out independent indoor facilities. I have never had a bad experience in the many visits and events I have attended at so many of their tracks. The Phoenix location was no exception.

The sensations of indoor karting are especially great for both the seasoned driver and novice. With your butt two inches off the surface, speed and road feel is increased. The sealed-concrete floors can be slick and grip from the small tires is dicey. Losing grip is a very realistic part of the game: roll hot into a corner or miss your braking point, you will lose time and momentum, or spin and hit the barrier. 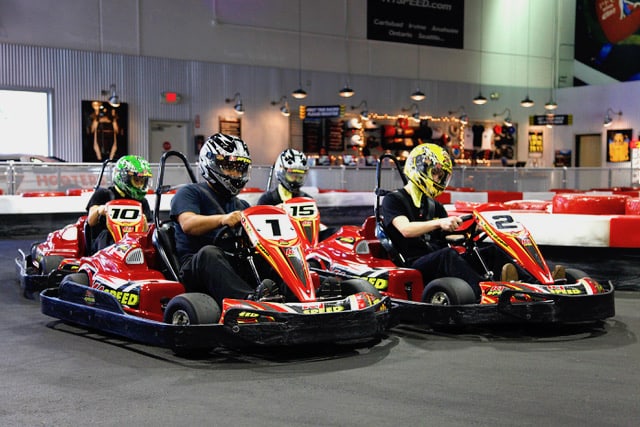 For those who do run out of talent, the rest of the field can be remotely slowed by the officials, while workers get the afflicted pointed in the right direction. The perimeter of the karts is donned with a hard plastic bumper to keep damaging kart-to-kart or kart-to-barrier impact to a minimum. The driver is still going to feel it – albeit not like hitting a concrete barrier at 150 mph.

When one considers the costs associated with motorsports, this controlled and relatively safe environment is a great place to blow off steam or learn race craft without the car-trailer-entry fees-hotel room-gas-meals-and whatever else comes up-expense of racing at any level. K1 offers classes for the novice and leagues for the addicted. Each facility is unique, but offers many of the same services ranging from corporate team-building outings, assorted birthday and bachelor parties guaranteed to be a fun experience. 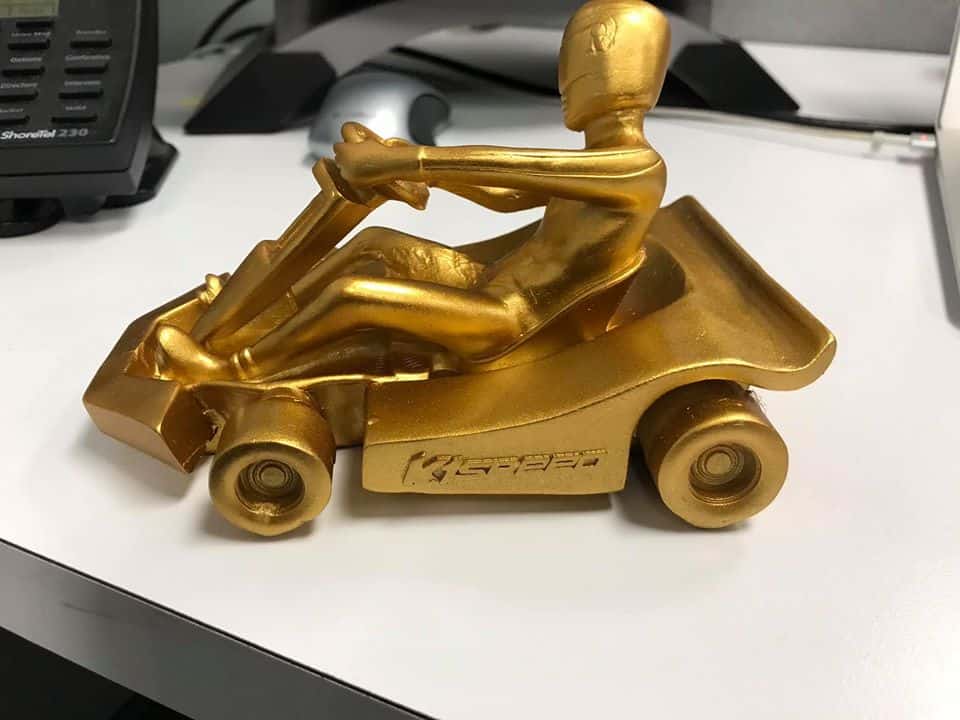 K1 is also a great place to make a real hard decision on if the motorsports hobby really is for you. It could also turn you into a raving addict (clearly, I already had the bug). No stop signs nor speed limits does that for many.

Pick of the Day: 1950 Studebaker Champion convertible in fine condition

Should you use racing oil in your road car?

First Lotus Elite sold and raced, and then restored on TV, to be auctioned

Pick of the Day: Maserati Ghibli was a true GT

Gone with the Wind: That’s the VW Passat after 2022 model year