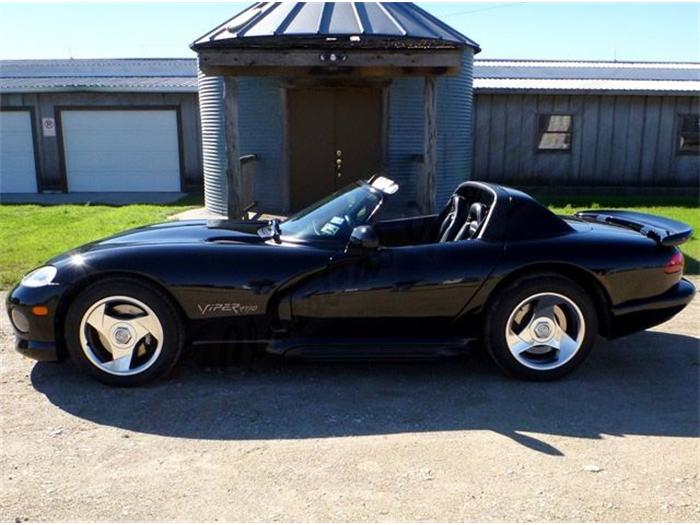 The Dodge Viper RT/10 first appeared in 1989 with rave reviews, at the NAIA Show (North American International Auto Show) in Detroit, being quickly rushed into production shortly thereafter. Designed by a hand-selected group of engineers, nicknamed “Team Viper”, they began development in March of 1989, of what would soon become the production vehicle. Their goal was to create a new American made 2-seater sports car, which would be steeped in traditional, iconic designs of such cars as the Anglo-American AC Cobra that could go from zero to 100 mph and back to zero in under 15 seconds. Oh and of course, could compete with the dominating and legendary Chevrolet Corvette.

See all Dodge Vipers for sale

Even the seasoned legend, Carroll Shelby, was involved with initial design cues and even more-so when the GTS Coupe was introduced in 1996. The Dodge Viper would be considered, at least internally at Chrysler Corporation, as a modernized version of the infamous Cobra from days gone by.  At the time, Dodge had a cast-iron blocked, V10 engine available in their line of pickups which was too heavy for use in the new sports car.  To solve this problem,  Lamborghini (a Chrysler subsidiary at the time), was asked to help develop an aluminum-block, V10 engine.  With the engine design issue in the rear view mirror, a prototype Viper could be pushed out. This happened at the 1991 Indianapolis 500, when the pre-production Viper appeared for the first time, with the one-and-only Carroll Shelby behind the wheel.

The Dodge Viper came to market for the first time in 1992. Its design included a front mounted engine with rear wheel drive and 4-wheel independent suspension. It had a modern, sleek, low, wide and nimble look as well as a powerful V10 engine. The first generation Viper also featured low-profile tires and a body with seemingly never-ending curves, capturing the attention of sports car enthusiasts everywhere.  The first generation Viper was truly a beast of a beauty to be admired by car lovers the world over.

As modern as the first generation Dodge Viper was in many respects, it was also primitive in some areas, such as no roll-up windows. Instead, a pair of clear, flexible, zip-up, fabric trimmed plastic windows could be put in place where glass would normally appear. No hard top roof was present in the design either. A flexible soft top roof was available instead,  which was mainly useful for inside storage only. The first generation Viper also lacked outside door handles, requiring you to reach inside to open the doors, in order to climb into the cockpit. All the seemingly commonplace creature comforts were eliminated in order to keep weight to a minimum. No traction control or ABS brakes were available either.  All this “dieting” helped the 3,284 pound, 400 hp, V10, 488-cid, six-speed manual transmission Dodge Viper go from zero to 60 mph in just 4.3 seconds. The first generation Viper was also capable of traveling a quarter-mile in only 12.9 seconds with a speed in excess of 180 mph.